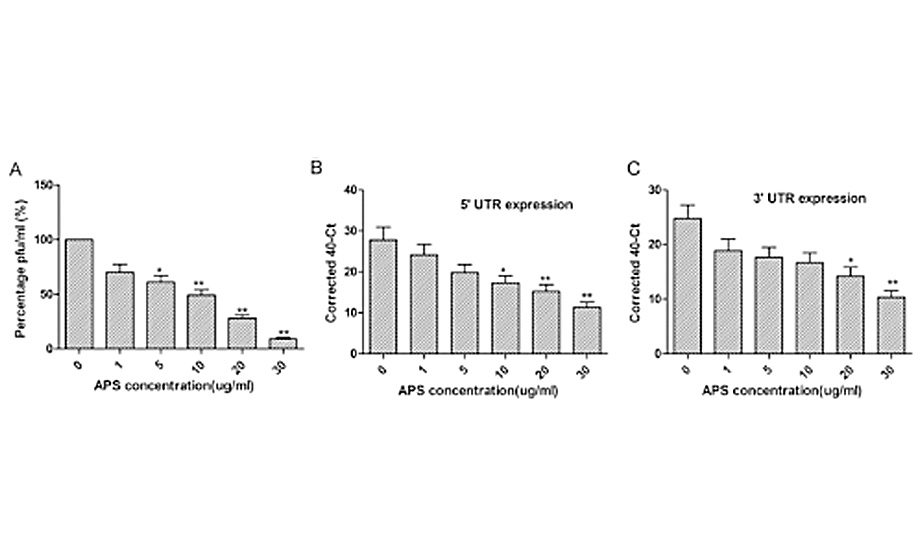 Abstract
The avian coronavirus causes infectious bronchitis (IB), which is one of the most serious diseases affecting the avian industry worldwide. However, there are no effective strategies for controlling the IB virus (IBV) at present. Therefore, development of novel antiviral treatment strategies is urgently required. As reported, astragalus polysaccharides (APS) have potential antiviral effects against several viruses; however, the antiviral effect of APS against IBV remains unclear. In this study, we explored whether APS had the potential to inhibit IBV infectionby utilizing several in vitro experimental approaches. To this end, the effect of APS on the replication of IBV was examined in chicken embryo kidney (CEK) cells. Viral titers were calculated by using the plaque formation assay, and the cytotoxicity of APS was tested by utilizing a Cell Counting Kit-8 assay. The expression of viral mRNA and cytokine (IL-1β, IL-6, IL-8 and TNF-α) mRNA transcripts was determined by real-time quantitative RT-PCR(qRTPCR). IBV titers in infected CEK cells treated with APS were significantly reduced in a dose-dependent manner, indicating that APS inhibited IBV replication in vitro. We also found that the decreased viral replication after APS treatment was associated with reduced mRNA levels of the cytokines IL-1B, IL-6, IL-8 and TNF-α. In conclusion, these results suggest that APS exhibit antiviral activities against IBV and it may represent a potential therapeutic agent for inhibiting the replication of IBV. 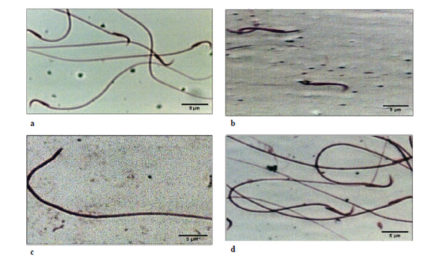 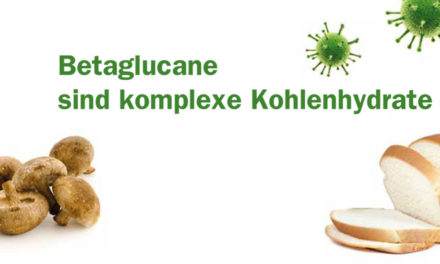 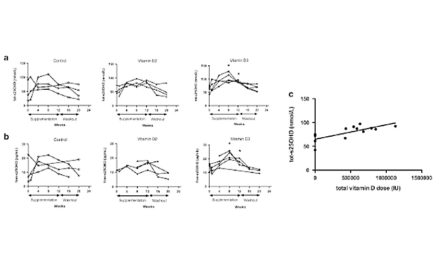