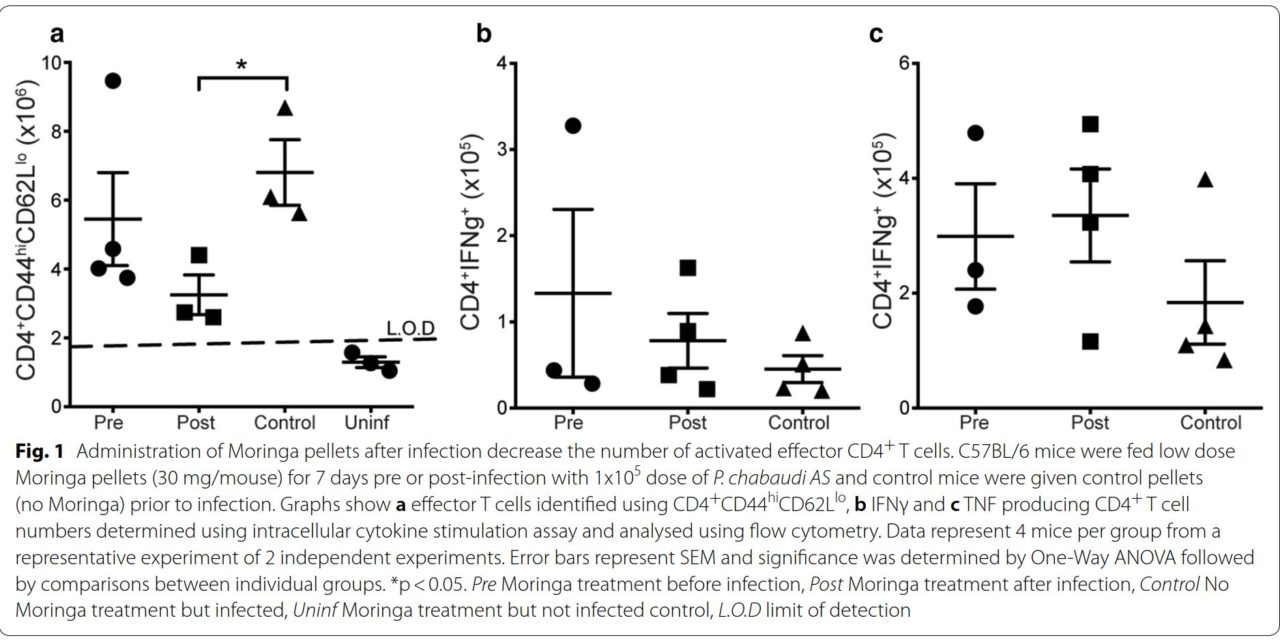 Abstract
Background: Malaria is a worldwide problem that affects millions of people yearly. In rural areas where anti-malarial
drugs are not easily accessible, many people use herbal treatments, such as Moringa oleifera, to treat a variety of dis-
eases and ailments including malaria. While Moringa is reported to possess potent and curative anti-malarial proper-
ties, previous studies have mostly been restricted to assessment of parasitaemia. In this study, the effect of Moringa
on malaria immunity in a murine model was investigated.

Methods: Using a high dose (60 mg/mouse) for a short time (7 days) or low dose Moringa (30 mg/mouse) for a
longer time (3 weeks), cytokine production, and Tbet expression by effectorCD4+ T cells (Teff ) were determined. Mice
were also treated with Moringa after infection (curatively) or before infection (prophylactically) to determine the effect
of the plant extract on parasitaemia and immunity. Given that Moringa also possess many nutritional benefits, the
contribution of Moringa on malnourished malaria infected mice was determined. Malnutrition was induced by limit-
ing access to food to only 4 h a day for 4 weeks, while control mice had unlimited access to mouse laboratory chow.
All data was collected by flow cytometry and analysed using one-Way ANOVA or two tailed Student’s t test.

Conclusions: Taken together, these data suggest that Moringa treatment leads to increased CD4+ T cell activa-
tion, Th1 differentiation and production of pro-inflammatory cytokines after malaria infection. Thus, Moringa may be
immunologically useful in the treatment of malaria and malnutrition. Further investigations are required to identify
the active components in Moringa. 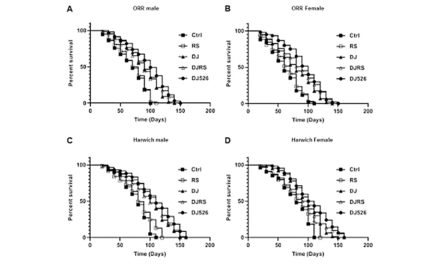 Effect of the Resveratrol Rice DJ526 on Longevity 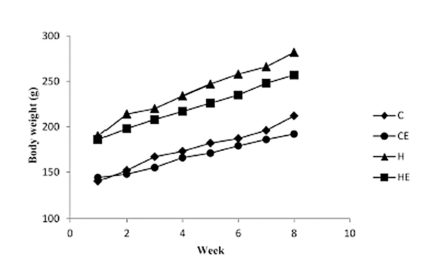